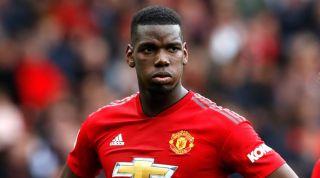 The 26-year-old has become disillusioned with life at Old Trafford after another season of failing to challenge for the Premier League title.

Pogba still has two years left to run on his contract, with the option of a further year, and United don’t want to lose their record signing.

However, the Evening Standard reports that preparations for his departure are underway at the Premier League outfit amid interest from Real Madrid.

Although United are under no pressure to sell, it has been claimed that Pogba’s agent Mino Raiola could have his ban on negotiating transfers suspended, removing one obstacle to the France international’s departure.

The Red Devils are said to be confident that the World Cup winner will still be at the club next season, but a shortlist of targets has been created in case the lure of the Bernabeu proves too strong.

Tottenham playmaker Christian Eriksen said last week that he would like “to try something new” and United’s interest in the Dane is well-known.

Youri Tielemans, who impressed on loan at Leicester City from Monaco in the second half of the 2018/18 season, is another option being considered.

Keeping Pogba at Old Trafford remains the number one option, however, and Real Madrid would need to offer at least £130 million to stand a chance of bringing in the midfielder.

The Spanish club’s interest in Eriksen is a further hint that they aren’t confident of convincing United to sell.