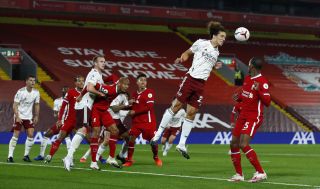 Discussions are set to continue this week around the revolutionary plans contained within Project Big Picture.

The plans, which have been developed by Liverpool and Manchester United and are supported by EFL chairman Rick Parry, are highly controversial and if adopted would represent the most significant changes to the English football pyramid in over a quarter of a century.

Here the PA news agency takes a look at the key debates.

– What is being proposed?

PBP proposes to make immediate emergency funding of £250million available to EFL clubs starved of matchday income by the coronavirus pandemic and a further £100million to the Football Association. It also proposes a redrawing of the revenue distribution model under which the EFL would receive 25 per cent of future Premier League broadcast earnings.

It also proposes changes to the structure of the Premier League itself, both in the number of teams but also crucially how it is governed, concentrating power in the hands of the so-called ‘big six’.

– Why is Parry backing it?

Aside from the immediate salvation the plan offers to his competition, he believes it reduces the gap between the Championship and the Premier League in terms of funding and will ensure the long-term sustainability of the EFL.

– Who else is behind it?

Liverpool and Manchester United have backed and helped to devise the plan. Neither has yet joined Parry in supporting it on the record, though.

The plans set out how the nine longest-serving clubs would have a greater say on a range of governance issues, including broadcasting deals, cost control measures such as Financial Fair Play and even the ownership of other clubs.

The big six would also stand to benefit most from proposals to sell eight matches a season direct to overseas fans, and from a reduction in the existing calendar to enable them to play more games in expanded European competitions and lucrative friendlies.

– What has the Premier League said?

The Premier League has said the plans would have a “damaging impact” on the game, and has concerns that PBP would destroy the competitive nature of the league which has made it so attractive to broadcasters. It is also understood to have concerns over the revenue distribution model proposed by PBP.

– What have top-flight clubs said?

Very little publicly. But it is understood from sources close to PBP that this is simply a proposal, and that any changes must go through the usual process of a Premier League clubs’ vote. The clubs are understood to be meeting on Wednesday, and PBP is bound to be discussed if not voted on.

– What’s the position of the EFL clubs?

B teams would be with us in a heartbeat. The EFL would get 25% of the TV money but only after the best of all the games are taken away from TV to be streamed by the big clubs. And what’s to stop them changing the distribution methodology in future, to say 10%?— Nicola Palios (@NicolaPalios) October 13, 2020

Many welcome the proposed change to the revenue share agreement but concerns have been expressed – publicly by Tranmere co-owner Nicola Palios – over how that can be set in stone when the Premier League’s biggest clubs would have control over matters concerning broadcast contracts. Privately, PBP sources accept ‘nothing is forever’ in terms of these agreements.

– What about the FA?

The national governing body is reported to be ready to use its ‘golden share’ in the Premier League to veto this proposal if it is brought forward. It can also use it in other instances where it sees the integrity of the competition is under threat – such as any attempt by clubs who support PBP to break away from the league.

FA chairman Greg Clarke said on Tuesday: “Change must benefit clubs, fans and players; not just selective balance sheets”, calling for “unity, transparency and common purpose” to “override the interests of the few.”

– What does the Government say?

Both Prime Minister Boris Johnson’s official spokesman and Culture Secretary Oliver Dowden have described PBP as being a “backroom deal”.

– When will this be resolved?

Various meetings are taking place this week at which the plans will be discussed further. The rescue element adds an urgency to the discussions, with continued warnings from the likes of Rotherham chairman Tony Stewart that clubs are close to collapse. One way to take some of the initial heat out of the conversations could be to separate the rescue packages from everything else.