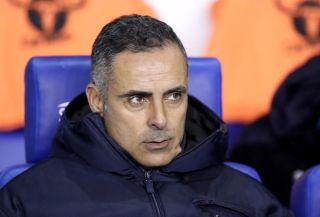 The Royals have won just two of their 11 games so far this season, leaving them in the relegation zone.

A statement from the club read: “Gomes joined the club at the end of December 2018 and successfully steered the club away from the threat of relegation.

“However, following just two wins in the first 11 league games in 2019-20, owner Mr Yongge Dai has made the difficult decision to part company with Gomes and make a change at first-team level.

“We would like to sincerely thank Jose for his hard work during his tenure as manager at Reading Football Club and we wish him the very best of luck in his future career.”

He replaced caretaker manager Scott Marshall, who stepped in after Paul Clement was fired.

This season has proved a struggle, however, with the club only claiming two Championship victories so far and currently enduring a seven-game winless streak.

Gomes’ tenure at Reading was his 13th managerial role in 16 years.