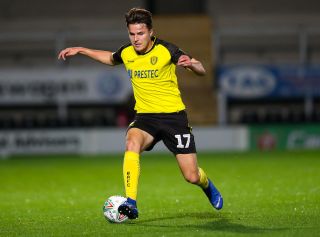 Burton will be without striker Oliver Sarkic for the Sky Bet League One visit of Oxford to the Pirelli Stadium.

Sarkic is suspended for one game following his dismissal for two yellow cards in Saturday’s goalless home draw with Gillingham.

Boss Nigel Clough also has injury concerns as midfielder Stephen Quinn sustained a groin strain against the Gills that forced him off late on in the game.

Defender Jake Buxton sat out the match with a rib injury, while midfielder Scott Fraser is now struggling with a calf problem following a recent bout of illness.

Oxford head coach Karl Robinson will return to the dugout after serving a touchline ban for his side’s 4-0 thrashing at Peterborough on Saturday.

It was Robinson’s second such suspension in four weeks after he collected his fourth yellow card of the season in the midweek FA Cup fourth-round replay defeat at home to Newcastle.

The uncharacteristic defeat to Peterborough forced Robinson to haul his players in on Sunday to go through the loss before now concentrating on the trip to Burton.

Robinson’s side at least came out of the game unscathed, with only Liverpool loanee Ben Woodburn still out due to a foot injury.