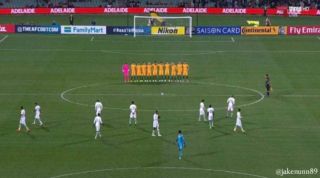 The Australian national team lined up on the halfway line, but the Saudi Arabia players did not do the same as they prepared to get in formation ahead of the match instead.

Of course, the Saudi team may not have been aware of what was going on, but pictures show only a few players from the team paying their respects.

Two Australians were killed in Saturday night's terror attack on London Bridge and nearby Borough Market.

Australia won World Cup Qualifier 3-2 thanks to a brace from Tomi Juric and a well-taken strike by Tom Rogic.