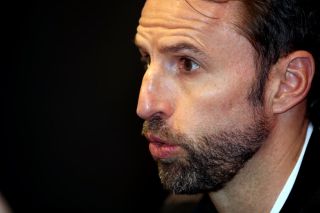 England’s Nations League Finals preparations will be a voyage into the unknown for Gareth Southgate, with a swathe of players absent for the build-up and captain Harry Kane battling to be fit.

Having captivated the nation with last summer’s run to the World Cup semi-finals, the Three Lions will have another shot at silverware in next month’s inaugural finals in Portugal.

But the groundwork for the Nations League semi-final against Holland on June 6 could scarcely be much different to last year’s thanks to UEFA’s bewildering scheduling.

“It’s been an incredible couple of weeks for English football. We’re really looking forward to the opportunity to finish the summer off.”— England (@England) May 16, 2019

Southgate will be without 10 players until the eve of the tournament as Chelsea face Arsenal in the Europa League showpiece before the Champions League final between Tottenham and Liverpool on June 1.

With Manchester City’s FA Cup finalists and Borussia Dortmund winger Jadon Sancho getting extra time off, Southgate will have just 12 of his 27-strong preliminary selection available when the squad meets up at St George’s Park on Tuesday.

“It has been an incredible couple of weeks for English football,” Southgate said.

“Both the European ties and the Championship play-offs, so really exciting matches and the start of trophies being handed out.

“We’re looking forward to the opportunity to finish that summer off once everything is done – a great opportunity for us to build on the last 12 months.

“In terms of the squad, a bit larger than normal for obvious reasons.

“We have a lot of unknowns. Callum Hudson-Odoi and Ruben Loftus-Cheek would definitely have been in this squad, so very unfortunate for both of them that they look like they’ve both sustained injuries that may keep them out for some period of time, although we are waiting on full confirmation on Ruben.”

Chelsea midfielder Loftus-Cheek suffered what appeared to be a serious Achilles injury in a post-season friendly in the United States on Wednesday evening, leading Southgate to select 27 players rather than 28.

The expanded squad offers padding should there be withdrawals ahead of the finals, while a big question mark hangs over Tottenham striker Kane five weeks on from ankle ligament damage.

“That is one of the unknowns, really,” Southgate said.

“He’s obviously working towards being fit for them for their final, and we have to see how that progresses, really. Clearly he’s a player we’d want to give every opportunity to.

“His goalscoring record for us is phenomenally high and he’s captain of the team, so we’re keeping that door open and will see how things progress.”

Southgate will “assess everybody post-Champions League final” due to the physical and emotional toll of the match, but Kane could yet go to the Nations League if he does not play in Madrid.

“We speak with Spurs more generally,” the England boss told BBC Radio 5 Live. “I tend to speak to Jesus (Perez, Tottenham assistant manager) more because he looks after the physical conditioning of the players.

“Mauricio (Pochettino), like all managers, has got a million things on his plate.

“And our medical teams are always conversing so we’ve got to make correct decisions.

“But I think what happens with Tottenham will pretty much dictate where Harry sits in terms of availability for us.”

Asked what the assessment of Kane is right now, he said: “Well, I think that’s for Tottenham to discuss if they want to.

“The final is absolutely a target for Harry and therefore I think it was agreeable for everybody that he’s involved in our squad, selected for our squad.

“It’s certainly not a definite that he’s fit for that game but I think that is the target from his end, his perspective.”

Harry Winks and Fabian Delph are others that will be assessed before the 27-man group is cut to 23 and submitted to UEFA on May 27.

Luke Shaw and James Tarkowski were overlooked for the squad, but there were places for Joe Gomez, Jesse Lingard and James Ward-Prowse.

There was also a spot for Southampton winger Nathan Redmond, who was the most eye-catching inclusion having been overlooked since his one and only appearance in March 2017.

“Since the change of manager, I’ve liked the way the team have played. He’s playing in a style that is similar to what we ask of our forward players.

“A lot of pace, presses well, has started to score more regularly. I think he had a difficult season last year but I think this season has been much better and he has finished it really strongly.