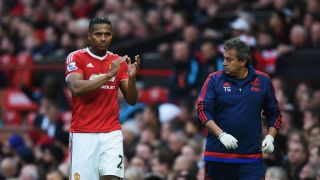 Manchester United winger Antonio Valencia has undergone surgery on the foot problem that has kept him of action since late October.

The Ecuador international was forced off with the foot injury during last month's derby stalemate against Manchester City at Old Trafford and has not featured since.

Valencia has made 10 appearances for United this season but his absence is set to continue after going under the knife.

United confirmed the operation on Tuesday, with Valencia tweeting: "Thank God [I] came out well from the operation. Now [I] think about my recovery."