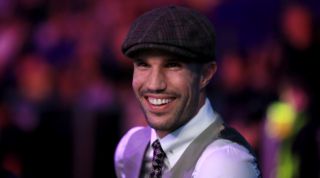 Robin van Persie thinks that Manchester United should stick with Ole Gunnar Solskjaer as their manager.

Solskajer has only won 22 of his 50 matches since being named permanent boss last March, losing 16. United are currently seventh in the Premier League table with 38 points from their 26 games played so far.

However, they remain firmly in the race for Champions League qualification following their much needed 2-0 win at fourth-placed Chelsea on Monday. They are now only three points behind the Blues.

Van Persie, who played under Sir Alex Ferguson, David Moyes and Louis van Gaal during his three years at Old Trafford, thinks Solskaer should be given more time.

"Ferguson was given time to take the players to a certain level," the Dutchman told Omnisport, via Voetbal Primeur.

"It is not ideal for the club to replace the manager every year. If you go for Solskjaer, give him time. The club must find stability."

Van Persie also thinks that his former side are among three clubs with a genuine chance of winning the Europa League this season. Ahead of their last-32 first leg with Club Brugge on Thursday, the 36-year-old continued:

"Arsenal and Manchester are certainly the favorites for the overall victory.

"Ajax was thrown out of the Champions League in a hard way, which is also part of football, unfortunately. They also have a chance to win the Europa League."

If United were to repeat their feat of 2017 by winning the competition, that would give them another way into the Champions League for next term.