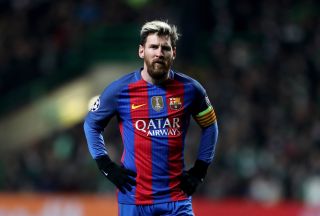 Barcelona forward Lionel Messi has sent shock waves through the football world by asking to leave the club this summer.

Here the PA new agency takes a closer look at the situation.

Why does Messi want to leave?

Messi is said to be disillusioned with the general direction of the club and with some of their dealings in the transfer market. He wants Barcelona to remain competitive, especially in the Champions League, and it appears he does not feel that will happen any time soon – certainly not during the remaining year he has left on his contract.

So if he has a contract, how can he leave?

The PA news agency understands Messi sent a fax to the club on Tuesday asking to have his contract terminated. Reports claim the Argentina international has a clause in his contract which, if activated, would allow him to walk away from the Nou Camp for free.

However, Barcelona believe the clause has now expired and insist Messi is contracted to the club until 2021 with a reported 700m euro (£628million) buy-out clause. Messi and his team, though, feel the clause should be extended to cover the prolonged season – which ran until August due to the coronavirus pandemic.

It seems Messi’s move is no mere power play. Sources in Spain and Argentina are insisting that the 33-year-old wants to go even if unpopular president Josep Bartomeu leaves.

Further reports in Spain detail a meeting with new coach Ronald Koeman, in which Messi admitted he felt closer to leaving than staying. The leaked extract would help turn the fans against Messi and make it easier for the club to let him leave, freeing up a huge amount of money to improve the squad.

Reports that team-mate Luis Suarez was told in a phone call with Koeman that he was not wanted might have also confirmed the impression Messi had that the club’s board do not always do things the right way.

If Messi was to leave, where could he go?

Manchester City are expected to be one of the clubs in the running to sign Lionel Messi after the Argentina international expressed his desire to leave the Nou Camp this summer pic.twitter.com/PUrjXuw7kg— PA Dugout (@PAdugout) August 26, 2020

The fact Messi remains hungry for success means a return to Argentina with former club Newell’s Old Boys is unlikely, as is joining former team-mate Xavi in Qatar.

There are only a select few clubs who can attract Messi, let alone afford him. Manchester City are likely to be linked, with a move to the Etihad bringing a reunion with former boss Pep Guardiola. While coaching the Argentina forward at Barca, Guardiola won three La Liga titles and two Champions League trophies during a four-year spell in charge from 2008.

Neighbours Manchester United may also be interested, having already indicated this summer that they are willing to spend big through their pursuit of Jadon Sancho. Another possible destination could be beaten Champions League finalists Paris St Germain. The French champions have previously spent big on Messi’s former Barca team-mate Neymar and France international Kylian Mbappe, the two most expensive players in the world.

What about Financial Fair Play?

Therefore, any club signing Messi would have to be able to demonstrate sufficient revenue coming in to justify the outlay.  Clearly Barcelona would have to be willing to negotiate lower than the reported buy-out clause in his contract but still a deal for the player, with any fee and wages included, could break the world record for a transfer – set when Neymar moved from the Nou Camp to PSG in 2017 for £200million.

Could Barcelona survive without their talisman?

With Messi aged 33, it is likely the club have already begun preparations for their future without him, although a Messi-less Barcelona is hard to contemplate.

The Argentinian has spent his entire senior career at the Nou Camp, winning 33 major trophies, and Barcelona would find it almost impossible to replace someone who has scored more than 700 goals for the club since 2003. Although there would be scope to rebuild the team, ii is not a job that could be done overnight and some barren years could lie ahead for the Catalans.