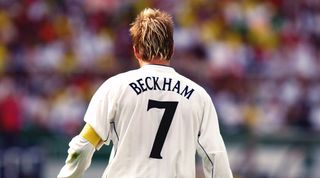 THEN TRY Quiz! Can you name the 20 most valuable players born after 2000?

Seriously though, how did England win absolutely nothing in the 2000s? Not a sausage.

It's one of the biggest crimes in football. A squad with all that talent and nothing to show for it. We'd list them all out here but then that would defeat the purpose of today's challenge.

There were 62 players across the decade who represented England. Some of the finest footballers these shores have ever produced. You've got 12 minutes to name each and every one of them.