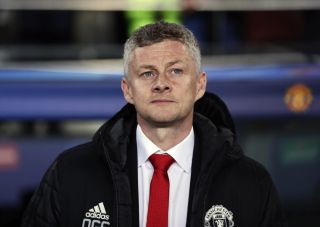 Ole Gunnar Solskjaer admitted “the next few years are going to be massive” for Manchester United as they seek to reestablish themselves among the European elite.

United were comprehensively outclassed at the Nou Camp as they crashed out of the Champions League at the quarter-final stage, with Barcelona’s 3-0 win on the night sealing a 4-0 aggregate triumph.

Lionel Messi’s first-half double – the first a trademark finish, the second courtesy of a blunder from David De Gea – plus Philippe Coutinho’s 61st-minute wonder goal gave a stark reminder of the difference between the two sides.

Solskjaer will now turn his attention to the domestic front, where United will vie for a top-four spot in the Premier League, but the Norwegian knows he faces a major rebuilding job this summer and beyond.

He said: “We did well to get here and you could see the difference between the two teams.

“We know there’s work to be done. I’ve said all along this isn’t going to change overnight and the next few years are going to be massive for us to get to the level where Barcelona and other teams are at the moment.

“We have to look at ourselves, we know we have a job to do and we are getting on with it.

“We’ve done really, really well to get to the quarters and challenge for the top four.

“So we’ve got a rebuilding job but it starts with the coaches and players, and of course one or two additions to the squad will happen in the summer.”

Following last week’s 1-0 defeat at Old Trafford, United knew they needed to score against a side who, coming into Tuesday night, had not lost in their last 30 matches at home in the Champions League.

Solskjaer felt United needed to display a fearless and attacking mindset in the intimidating atmosphere, similar to the one that saw them overturn a two-goal deficit at Paris St Germain in the last 16 last month.

They made an enterprising start as Marcus Rashford struck the top of the crossbar in the first few seconds but were thoroughly second best after five-time Ballon d’Or winner Messi opened the scoring after 16 minutes.

Dispossessing Ashley Young on the flank, Messi cut inside and curled beyond De Gea, who four minutes later allowed the Barcelona captain’s tame right-foot effort to slide under him.

That effectively ended the contest – while Coutinho added gloss to the scoreline with a superb strike from distance after the interval – though Solskjaer was understandably reticent to criticise a goalkeeper who has so often come to United’s aid in recent years.

Solskjaer said: “That’s unfortunate with goalkeepers. When you make an error, it can get highlighted and that’ll be remembered.

“But he made some fantastic saves as well, which all in all, his contribution to the team is good but sometimes that happens in football.

“The quality of their finishing was absolutely outstanding. We started well in the first 15 minutes, we felt we’ve got something here and then in four minutes they scored two goals.

“The attitude was right, we were fighting against a good team and good players out there.

“Messi is an exceptional talent, him and Cristiano (Ronaldo) have been the best players in the world in the last decade.

“He showed why we all think that and why he’s won so many titles and why this team have won so many Champions Leagues (four since 2006).

“You can prepare as much as you like, if you give him space and time around the goal he’ll create and score goals, he’s a fantastic player.”