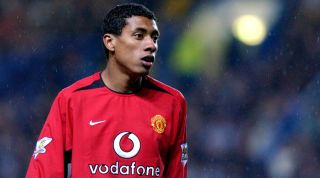 There was huge excitement at Anfield when the African footballer of the year signed on a five-year contract after his Senegal team shocked World Cup winners France in the opening match of the 2002 tournament. Yet he proved to be a monumental flop at Liverpool. After netting a brace in his second outing for the Reds against Southampton, the attacker went on a barren stretch until March 2003.

Diouf’s second season at Anfield was even worse, as he failed to score once for Gerard Houllier’s team, and spat at a supporter during a UEFA Cup clash at Parkhead against Celtic. Since departing the club in 2004, Diouf has launched several (thankfully just) verbal spats towards Liverpool legends Steven Gerrard and Jamie Carragher.

In his native Argentina, combustible left-back Tarantini had a reputation for hellraising behaviour – and after a pay dispute with Boca Juniors, he was left without a club in May 1978. But, following in the footsteps of Tottenham Hotspur, who’d just signed 1978 World Cup winners Ossie Ardiles and Ricky Villa, Birmingham City decided to ‘Tango with Tarantini’ (as the Mirror put it) by signing the 22-year-old for a hefty £295,000.

His spell at St Andrew’s (where he trousered a then tidy £350 per week) illustrated his hot-headed streak perfectly. In one spiky encounter with Manchester United, the curly-headed defender decked United’s Brian Greenhoff. His Blues career abruptly ended after he waded into the St Andrew’s crowd and traded punches with a heckler.

The frail Serbian playmaker became a cult hero at Highbury after signing for Arsenal in January 1983 (there was a delay due to his work visa), six months after impressing for Yugoslavia at the 1982 World Cup. He was a little bit of stardust in a distinctly agricultural Gunners midfield, and ‘The Pigeon’ scored a memorable goal in the 1983 FA Cup semi-final against Aston Villa at Highbury.

However manager Terry Neill had already decided by that point that Petrovic’s Highbury career would last a mere four months. The Gunners’ first foreign superstar left his footprint, but Petrovic regularly got kicked out of matches by Division One hatchet men and disappeared entirely in many games. The midfielder limped away to Royal Antwerp in the summer of 1983.

As an established international goalkeeper with Sweden, and costing a reasonable £2m from Rennes, Isaksson seemed a more than decent Manchester City signing in the summer of 2006. Yet injuries ruined his career with Stuart Pearce’s side, and he was unable to dislodge Nicky Weaver from the number-one slot.

In 2007/08, Isaksson had the dubious pleasure of being an ever-present for his country, while also being present and not particularly correct in City’s 8-1 shellacking by Middlesbrough on the final day of the campaign.

Which team wouldn’t want a World Cup Golden Boot winner in their side? Oleg Salenko put pen to paper for Valencia just a few weeks after netting six goals in the 1994 World Cup for Russia.

The fact that five of his strikes came against a weak Cameroon side (while the other was a penalty) seemed to have escaped the Spanish side’s attention, and in fairness the 25-year-old had a good strike rate for rival La Liga side Logrones. Yet Salenko largely bombed at the Mestalla, and was sold to Rangers after a single miserable season with Valencia.

In a team of stellar talents, few shone more brightly at the 1994 World Cup than the elegant Romania striker, who scored twice against Colombia in the group stages, then nabbed another brace against Sweden in the quarter-finals. West Ham manager Harry Redknapp attempted to sign him several times, but the mulleted Raducioiu didn’t arrive at Upton Park until two years later.

“It’s worth the wait,” gushed Redknapp, but quickly changed his mind as the Romanian maverick, despite some great moments, failed to settle in east London or adapt to the pace of the league. According to ’Arry, the forward preferred to go shopping in Harvey Nichols with his wife than play for the Hammers in the FA Cup, a claim which Raducioiu has always denied.

“Gordon Strachan saw me play at the 1998 World Cup and liked the way I’d played,” recalled the Croatian full-back, “and signed me for Coventry.” Yet after watching a Sky Blues pre-season match, Jarni disappeared – and was unveiled in Real Madrid kit a week later, after completing a £3.6m move from Coventry.

Ostensibly, it was because Jarni’s daughter was already settled in school in Spain, but there remains a sneaking suspicion that Jarni believed medal prospects were better in Madrid than at Highfield Road. “Gordon understood my reasons,” insisted a relieved Jarni, “and Coventry made about £1m out of the whole thing.” They may also have dodged a bullet. Jarni was not a success at the Bernabeu, as he failed to gain a starting spot and departed to second-tier Las Palmas after one season.

The speedy 22-year-old German winger appeared to have the world at his feet after some sparkling displays for Jurgen Klinsmann’s side at the 2006 World Cup. La Liga outfit Real Betis splashed out €6m on him, but Odonkor’s career in Spain was ruined by lengthy spells in the treatment room.

After five years and just 51 appearances, Odonkor cut a disconsolate figure as he slunk back to German second-tier side Alemannia Aachen. Chronic knee and hip injuries forced him to retire at 29. A sad tale indeed.

The forward played in the bulk of France’s games throughout the 1998 World Cup, had a fine track record of netting goals in French football and was even lauded by none other than Michel Platini. “He’s one of the most underrated forwards in the game,” claimed Platini on the eve of the tournament, but Guivarc'h’s failure to find the net throughout the tournament was an ominous sign of things to come in English football.

Signed for £3.5m that summer, World Cup winner Guivarc'h found the net just once in eight months for the Magpies. He was promptly sold to Rangers, with Dalglish grumbling: “Stephane never really fitted in here.” A disastrously expensive flop.

The most disappointing XI from Russia 2018

“I had offers from other clubs but they weren’t Manchester United. What I promise the fans is to give my all on the pitch from the outset,” said the Brazilian midfielder, whom Alex Ferguson had kept tabs on since he won the World Cup in 2002.

Yet Kleberson – who was unveiled at Old Trafford in 2003 alongside fellow new signing Cristiano Ronaldo – struggled to impose himself on the English game. Niggling injuries prevented him from fulfilling his potential, unlike the Portuguese starlet.

“I was unlucky,” he reflected later, “but I view my time at United as an opportunity missed.” Manchester United fans who saw him would undoubtedly concur.