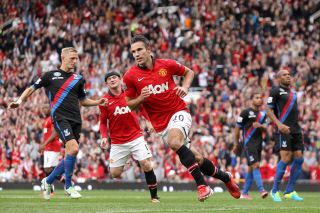 1) Decreasing margin for error could open the title race

The old saw that winning at home and drawing away gets you the league title no longer applies; that two-points-per-game haul would have only finished third in each of the last two seasons, 13 points off the title pace.

Although winning those Sky-pleasing table-top clashes helps, it's not vital: after all, Manchester City won at Old Trafford again last season. The thing that separates the top teams from the rest is hoovering up points against weaker teams.

Last season, the "big six" - the top four plus Spurs and Liverpool, with respect to the arguably overachieving Everton - each averaged more than two points per game against bottom-half opposition, from Spurs on 2.05ppg up to Manchester United on 2.85ppg – 19 wins and one loss (at Norwich in November). Ruthlessness is de rigeur; off-days are not allowed. And no excuses about crowded fixture lists: that's why you've got that massive squad of benchwarming internationals.

However, this season's trips to Cardiff and Stoke have yielded just one possibly fortuitous point for last season's runners-up Manchester City, while 2013 bronze medallists Chelsea have yet to even score on their travels. True, they've been to Goodison and Old Trafford, but they won at both grounds last season, each in three-game weeks.

The champions have had their own issues with the top-end games, but while they may have taken their time (and ridden their luck) to break down Palace they still won 2-0, and the three points count for just as much as the ones they won for blowing Swansea away 4-1 in Wales.

On Monday Swansea welcome Liverpool, who have thus far epitomised the efficiency of champions, winning each game 1-0 whether or not they deserved a win (against Stoke), draw (Man United) or defeat (Villa). Also doing well against the lesser lights are Arsenal - victorious at Fulham and Sunderland - while Tottenham have also got maximum points against Palace, Swansea and Norwich despite subsequent European fixtures.

The reliable elimination of error separates the Champions League chasers from the rest, and while it might be nice to imagine Stoke will still be level with Man City by November (let alone May), it's perhaps more realistic to hope that Liverpool and the London clubs might narrow the gap on Manchester and make this a genuine title race. [GP]

Everton may have had a better win record without Marouane Fellaini in the team (46.9% vs 37.6% - and the winning continued against Chelsea), but that's not to say the Belgian wasn't a key player at Goodison Park.

Manchester United bought Fellaini with a clear purpose in mind: to add both physicality and variety to the champions' midfield. "We needed to bring in someone with those physical attributes in the middle of midfield who could give us strength and aggression," United's assistant manager Steve Round commented when Fellaini was signed. On the evidence of his 30-minute debut against Crystal Palace, the puffy-haired midfielder will certainly provide extra bite.

When you compare Fellaini with Tom Cleverley, the player David Moyes has most preferred to partner with Michael Carrick to date, it's virtually a no contest. Cleverley has only won 1 aerial battle in his 3 games this season, while Fellaini won 2 inside 30 minutes.

Fellaini also completed more passes in his brief cameo appearance than Anderson managed in twice the minutes - and you have to wonder how many more chances the Brazilian will get after once again failing to impress before he was hauled off.

United looked far more dominant and controlled in possession when Fellaini came on, and along with his compatriot Adnan Januzaj's promising late debut, United fans were offered a glimpse into what could be a future with a distinctly Belgian flavour. [JF]

For the second game running, Norwich boss Chris Hughton opted to deploy both Ricky van Wolswinkel and Johan Elmander in his starting XI.

In Saturday's 2-0 defeat at Tottenham, Elmander seemed to be trying to play off his Dutch colleague, but with his scraggly beard and confused ambling, the Swede looked more like the missing link than Norwich's link-man.

The former Bolton forward may not be the barnstorming targetman his burly frame implies, but he also lacks the subtlety and guile to link midfield and attack.

This selection was baffling: not only were the Canaries facing a strong side that they should have known would outnumber them in midfield, but they also have a gifted playmaker in Wes Hoolahan who didn't even make the bench.

Norwich were left resorting to long balls to their two strikers - a tactic Michael Dawson and Jan Vertonghen welcomed. This, in turn, allowed Tottenham's full-backs Kyle Walker and Danny Rose more freedom to push forward and heap on more pressure at the other end.

When the midfield reinforcements eventually did come - with Anthony Pilkington and Alexander Tettey replacing Elmander and Nathan Redmond in the 74th minute - Norwich finally got a foothold in the match. Sadly for the Norfolk side, it was too little too late.

Norwich have come a long way in the last few years, and it's good to see teams being bold in the more daunting away fixtures, but you have to wonder whether Saturday may have been the time for a little pragmatism. (JM)

4) Villa too keen to seek the big man

No team in the Premier League relies upon one player more than Aston Villa do with Christian Benteke - and that should be an increasing concern for Paul Lambert.

On the surface it's not difficult to understand why. The Belgian is a fine player who all but saved the West Midlanders' skin last season, and is continuing his fine vein of goalscoring form this time around with four goals in as many games.

But as a consistently dangerous outlet in attack he's virtually all Villa have - and it's showing in their increasingly unimaginative build-up play.

Against Newcastle on Saturday, Benteke received a huge 52 passes and was forced into 21 aerial challenges - not unusual numbers. His received passes/aerial duels in each game this season - Arsenal (40/23), Chelsea (46/22) and Liverpool (32/12) - enforce just how integral Benteke is to Villa's goalscoring hopes.

Lambert's men are becoming too easy to defend against. Against Newcastle their attacking-third passing included too many hopeful punts, while 18 of Benteke's 52 received passes were from goalkeeper Brad Guzan.

It's entirely possible the burly 22-year-old can continue to carry Villa this season - he's been their only real threat so far, after all - but Lambert will be throwing every lucky charm he has towards hoping his star man stays fit, available… and at the club. (JB)