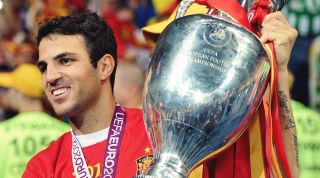 Five minutes on the clock, 60 countries to guess - the tournament's been going since 1960.

NOW TRY Quiz! Can you name every club in the National League?

Euro 2020 was supposed to be the 60th anniversary of a continental competition that has captured imaginations for generations.

It might not be on this year but you can bet that the European Championships will never die - more memories like this will be made, whenever it's back.

We've put four minutes on the clock. All we need you to do is name the last four teams in the competition since its inception in 1960.