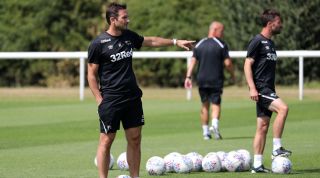 Say "Championship manager" to people from a certain era and they’ll imagine late, sleepless nights and eyes red from staring at a screen. Which is probably not far from the truth from for the managers in the actual Championship.

English football’s second tier is an unforgiving place where the margins between those at the top and bottom is often pretty slender. The turnover of managers is therefore high, as anyone who hasn’t earned promotion to the hallowed Prem might soon have fans and owners asking why.

Witness the fact that only one club in the Championship has a manager who’s reached the three-year mark in his current role, while over half the gaffers here have been in their current job for less than a year. Yikes!

Five minutes are on the clock to name them all, and we’d love to know how you get on @FourFourTwo. We’ll retweet the best scores – and please challenge some pals to match your total while you’re at it.