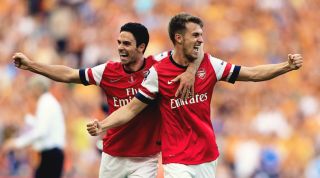 They're one of the biggest football clubs in the world, but today is a bittersweet day for Arsenal fans when it comes to recent memories.

This time last year, Aaron Ramsey took to the Emirates Stadium pitch to say goodbye to the Gunners faithful, tearing up and telling the crowd that he'd grown up at the club. The year before that, it was Arsene Wenger delivering a speech, as he left the club after 22 years of service.

Today, we're asking how much you know about Arsenal - from the recent to a little further back.

We've listed the club's top fives and last fives - how well do you know the Gunners?