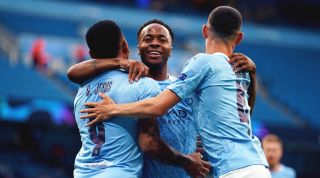 NOW TRY Quiz! Can you give 50 correct answers in The Big Champions League Quiz?

A few of the big guns have been knocked out and just eight sides remain in the hunt for the 2020 Champions League title.

This year might be a little different but this is where the competition starts getting fascinating. We're usually left with the cream of Europe by this stage - plus a couple of surprises along the way, as the intensity ramps up another notch.

Over the years, we've seen huge comebacks, we've seen thrashings, we've seen shocks and surprises and the occasional drab 0-0 - though not many. Who knows what the quarter-finals will have in store this time on neutral territory?

We may be looking for 168 names, but a lot of them have been there multiple times - we're sure you can guess which ones.