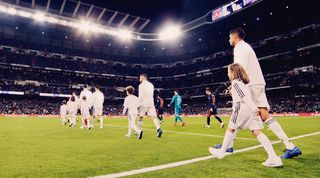 You have 5 minutes to guess 20 clubs.

THEN TRY Quiz! Can you name every country Miroslav Klose scored against for Germany?

Is La Liga the best league in the world? The stats would certainly agree, even if the fans don't.

The Spanish top division leads UEFA's league ranking table, just ahead of the Premier League. Sure, we beat those tricky Spaniards last season, but given the absolute monopoly that La Liga have had over European trophies in the last decade, we've got a little while to go to be the outright best, according to UEFA.

The big two are still the final destination for many players. There's tons of talent to behold. OK, so you'll never see Neil Warnock staring down the officials in La Liga - but that's just a matter of preference for what you prefer your league to have.

We've listed out the 20 current La Liga teams. Can you name them?

TRANSFERS Timo Werner to Chelsea: How could the Blues line-up with the German forward?