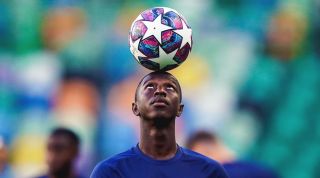 Five minutes on the clock, 32 clubs to guess.

NOW TRY Quiz! Can you name every country Thierry Henry scored against?

Has this season been the strongest that the Champions League has ever been?

Without naming any of the clubs that took part in the competition this year, we've seen a hell of a lot of decent sides in Europe, this season. Many dropped down to the Europa League - and are doing pretty well over there, now - and while three of the semi-finalists aren't the usual suspects, they've knocked out some big names along the way.

Of course, the Champions League has been a little different this last few weeks. But cast your mind back to those simpler days last autumn - can you remember the 32 sides that entered the group stage of the tournament?

We've included the countries and ranked them in order of where they finished in their group. Easy, this one.