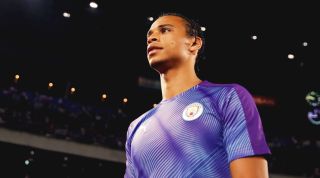 Remember to tweet your scores @FourFourTwo and share with your mates - especially if they're Manchester City fans.

The Premier League has been a worse place without Leroy Sane this season.

The German lit up England when he first arrived from Schalke, blending a ferocious turn of pace with a keen eye for goal. He's terrorised defences up since arriving at Manchester City and the injury he sustained in the Community Shield last August - which has kept him out all season - means we could have seen him on these shores for the last time.

Bayern Munich are reportedly coming back in for the German. As the rumours swirl though - especially with not much else going on in lockdown - we'd like to look back on Sane's story so far.

We've listed every club he's ever scored against - back from his days at Schalke in the Bundesliga, into his Premier League days. Can you remember every one of his victims?