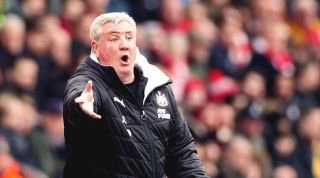 A Red Bull-style attack of the table; visions of the Premier League top six becoming a seven; the thought of Kylian Mbappe rocking up a stadium half the size of the one he currently plays in, a little dazed and confused, just like Robinho when he thought he’d signed for Manchester United - and not Manchester City - all those years ago; perhaps posters of legends around the ground being ripped down to make way for a new epoque where previous achievements are wiped clean.

Well, FFP has turned football less into a toy for billionaires to play Football Manager with and more into a gradual process of winning fans over, installing a proper structure to the club and plotting for that Champions League trophy. So what’s going to happen at Newcastle United?

The appeal of Newcastle United is obvious to a buyer. It’s a huge city with beautiful architecture, they’re the biggest club for miles around - thanks to Sunderland’s rapid demise of late - and no matter how bad the football gets, the fans are as loyal and passionate through everything.

How did Mike Ashley abuse such power? By transforming St. James’s Park into a giant advert for Sports Direct, and his 50,000-strong faithful into a captive audience of his tacky branding.

The billboards, adverts and banners for Ashley’s companies will no doubt come down. St. James’s Park will be given a thorough scrub of all things Ashley and braced for change. If the new owners are ambitious about this project, they’ll want to repaint Newcastle’s rusty image.

The best owners in the Premier League, from Bournemouth to Leicester City, have proven that your club is only as strong as the community around it. Building a bridge to the fans to get them onside straight away is a good way to start off on the right foot.

Given how much the Ashley regime has hacked fans off, there are easy ways for the Saudi Arabian Public Investment Fund to make a good first impression. Mike Ashley renamed the Alan Shearer bar after a row with the legend; there were reports too, of photos of the late Sir Bobby Robson being thrown out from the ground in one clear-up.

With plenty of legends to honour, paying tribute to one is a sensible thing to do in the first few months of owning Newcastle. The fans would react well too: it's exactly the kind of thing Ashley tried when he first bought the club, donned the stripey scarf and drank beer with the fans.

MASSIVE MUG Why do Newcastle fans hate Mike Ashley? 10 of his worst moments as owner

The introduction of a figurehead

One of the biggest issues with the Mike Ashley regime - and there are many - was the lack of transparency over what was going on. Directors of Football came and went, Joe Kinnear called his midfielder “Yoann Kebab” and talk rumbled on about close friends of Ashley helping out with contracts, despite not having official roles.

This isn’t the way top clubs are run. Most owners at elite clubs choose to remain private but install a very public figurehead to answer to the baying mob. This is the role of Txiki Begiristain at Manchester City, Nasser Al-Khelaifi at Paris Saint-Germain and even Florentino Perez at Real Madrid.

Whether Newcastle call it a “sporting director”, “chief exec” or something else, there will most likely be a new name introduced to fans in the boardroom of this ilk.

Magpies fans have not been impressed with kit sponsors over the last few years. There was Wonga, the famously vulture-esque payday loan company, which fans felt was insulting to associate with poorer fans. Now Newcastle are onto Fun88, a betting company that the club were fined for placing on youth team players’ shirts.

Both Fun88 and the kit manufacturer Puma are coming to the end of their Newcastle contracts. It’s certainly not a stretch to imagine that the Toon Army are set to feature a Middle Eastern airline on their kits soon, but perhaps the new owners could look to land another big shirt deal.

All things assumed, Newcastle United are heading into a bold new direction. The fans hope they're set to become a permanently top-half Premier League side, at the very least, with an ethos centred around playing attractive football. Will the Saudi royal family’s vision for beautiful football be led by... Steve Bruce?

Like Mark Hughes at City and Claudio Ranieri at Chelsea, this could be a project that is too big for the incumbent manager: papers have already started linking the out-of-work Mauricio Pochettino with the job, and given his ability to build projects like the one he did at Tottenham Hotspur, that would make a lot of sense.

Hopefully, Bruce gets a chance to work for the new owners - no one likes to see a sacking and, hey, he's already surpassed most expectations - but it’s likely that they’ll replace the current Magpies boss sooner rather than later.