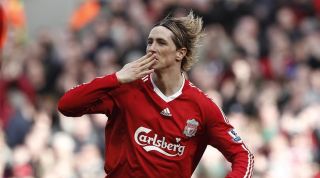 The Europeans take it seriously, apparently. They see the Super Cup as a Proper Trophy; the way people over 45 view the FA Cup here.

Perhaps Jurgen Klopp will instil that continental attitude into his team before tonight's fixture in Istanbul. More likely, though, is that the players will be fired up because of the two teams: Liverpool and Chelsea.

As we’ve covered before, Liverpool vs Chelsea has become something of a grudge match over the past few years. Familiarity has bred contempt, and the two sides have become very familiar indeed.

So how well do you remember these games over the past, oh, let’s say 13 years?

We’ve got the last 50 players to score in this fixture for both sides. Mostly, it’s not too hard – this is not a match used to seeing second-string sides, after all – but there are a few surprises in there (Kenny Dalglish’s reign at Anfield got a bit weird).

Eight minutes on the clock, send us a screenshot of your score to us at @FourFourTwo to bask in the glory, and then challenge a mate you think will do worse than you. Afternoon sorted.

QUIZ! Can you name all 24 clubs to have won the UEFA Super Cup?