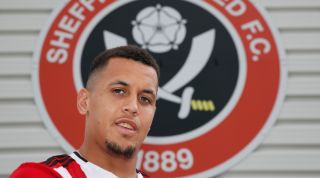 Anyone fortunate enough to witness the talent of Ravel Morrison will know exactly why Sir Alex Ferguson labelled him the greatest talent he had ever seen. In my 26 years in football, I certainly haven’t seen a player with such finesse and technical mastery. And that's no exaggeration. Simply put, with a ball at his feet, Ravel’s ability is sublime.

'Enigmatic' is a cliche often used to describe talent unfulfilled, but he is far more than just that. Drop him into a training session at any club in the world fully fit – and I mean any club – and he'd have any manager making the same face to their staff as I was to the other coaches at Ostersund during his first training session with us.

He joined us mid-training camp on an Andalucian football complex that boasts the Valderrama golf course as its backdrop, and within seconds of him touching the ball his artistry removed any decision whether to sign him or not.

It’s in the way his feet caress the ball as he manipulates it, opening up angles for passes that didn’t seem available. It’s in the way his whole body sways and moves ever so subtly to deceive his opponent, shifting them away from where he wants to play. It’s in the way he passes the ball along the floor so cleanly that the only comparison to it you can make is that of a snooker ball being rolled into the pocket, along the green baize of the table. Smooth, and magnetically stuck to the pitch.

But as gifted as Ravel is, his talent was no present given to him. Any physical talent has been honed not only by the time he spends on the pitch, but just as much because Sheffield United's new midfielder never seems happier than when the ball is at his feet. This is where his gift becomes the curse.

He's capable of dictating play, so drops deep – too deep – in an effort to create. He recognises his own ability, and the pressure he places upon himself to do what he and those around him expect him to means he creates overloads where they're not needed behind the ball.

In the end he played as a deep-lying midfielder, collecting the ball from central defenders and looking to spray balls forward. Sadly, a heel injury sustained after the fifth league game of the season meant he only started five times out of 12 possible, winning two and drawing the other three. Ostersund were unbeaten, but it was never going to be enough to convince the board to push out a boat which was already too far from shore to keep him.

Ultimately, it was a calculated gamble that didn’t quite pay off for both parties, but one which was worth trying to see if he could help the team climb further towards the top of the Allsvenskan.

The gamble for us was more than just financial. There was apprehension upon his arrival that the three-headed monster he'd been portrayed as by some would rock up and wreak havoc. Yet nothing could have been further from the truth. In terms of his behaviour, the biggest worry for us was his sweet tooth.

After being frozen out by Lazio, alongside four other players, Ravel came to us off the back of literally playing head tennis and gym work for four months. Not in bad shape, but definitely not football ready. And not in good enough shape to accommodate a Pick ’n’ Mix habit. He realised too late for us that if the Premier League would come calling, something more drastic was needed. Looking at him in training with Sheffield United, at least one penny of a few required has dropped.

Ranked! The 9 best signings in the Premier League this summer

The frustrations come when someone who has an extremely high level of problem-solving intelligence – which he clearly has – just wants to play football. Structure around learning wasn’t treated with the fullest of concentration and that, rather than any perceived devilment away from football, was a stumbling block. He has as much humility as ability and attitude. Getting the best out of him is more like doing a Rubik’s Cube blindfolded. You know that while it would be brilliant if you were the one who managed to do it, getting there is the real puzzle.

In retrospect, we were never going to be able to hold on to him. If we sat atop the Allsvenskan driven by Ravel, the only difference this summer would have been more offers than that from Chris Wilder. The Sheffield United manager now has the task of aiming to succeed where the greatest manager of all time failed.

So how does he do that? For a start, he has a better chance now that Ravel is more mature and knows chances are running out. He may need to show his brilliance from the bench initially, but should he make his way into the starting line-up to suit Wilder’s 5-3-2 system, playing in the centre of that three-man midfield. With the two central defenders often creating overloads out wide and dragging opposition midfielders from the centre of the pitch, Ravel can revel in the space that creates.

I know I won't be the only one taking particularly keen interest in his progress this season.

David Preece is a coach at Swedish team Ostersund, where Ravel Morrison played earlier this year. There will be a feature on Sheffield United in the next issue of FourFourTwo magazine, out 3 September 2019