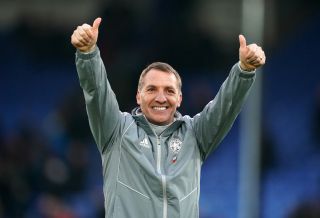 The pressure is growing on Arsenal head coach Unai Emery with many fans calling for him to be sacked.

Their disappointing run of form that has seen them drop points against Sheffield United, Crystal Palace, and most recently Wolves.

The Gunners sit six points off the top four and the atmosphere at the Emirates Stadium is growing increasingly toxic.

"I read somewhere that Unai Emery was pleased with how Arsenal’s 1-1 draw with Wolves panned out from a tactical perspective," he told Sky Sports News (as reported in the Metro)

"If letting Wolves have 24 shots on goal was what he wanted, then yes, it went to plan.

"But when you consider that was the most shots Arsenal have faced in a Premier League game since moving to the Emirates, I doubt whether that was his intention.

"Emery is struggling and with a trip to Leicester on Saturday, he will do well to keep hold of his job if that goes against him.

"The gap is already six points to fourth and Arsenal are in a situation where they can realistically only afford to lose two more games this season to keep pace with the teams ahead of them."

On the other hand, Merson was full of praise for Leicester City and Rodgers, who sit third in the Premier League table.

"Leicester have been outstanding. They have an unbelievable manager. Brendan Rodgers has improved every single player at his disposal," Merson added.

‘He’s getting a tune out of every single player, it’s incredible. If they beat Arsenal on Saturday, they will be in the driving seat for the top four."

Merson is of the opinion that Leicester face an uphill task to keep Rodgers at the club.

He believes that Arsenal should do everything they can to bring the former Liverpool and Celtic manager to North London.

"Rodgers has done so well that Leicester have a job on their hands keeping hold of him.

"If I were Arsenal, I’d be breaking the bank to get him, give him a five-year contract and sit back and watch him transform the club."

Arsenal face Leicester at the King Power Stadium on Sunday and a win for the Foxes would see them extend the gap to nine points over their opponents.