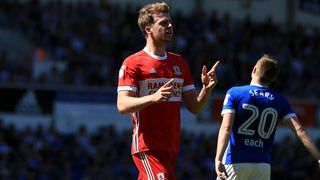 Leeds United have completed the signing of Patrick Bamford from Middlesbrough in a deal that could reportedly reach £10million.

The former Chelsea forward has agreed a four-year contract to join Marcelo Bielsa's side ahead of the 2018-19 campaign.

Bamford scored 11 goals in the Championship last season, having netted only once in eight appearances for Middlesbrough in the Premier League in 2016-17.

The 24-year-old could make his Leeds debut in Sunday's league game at home to Stoke City.