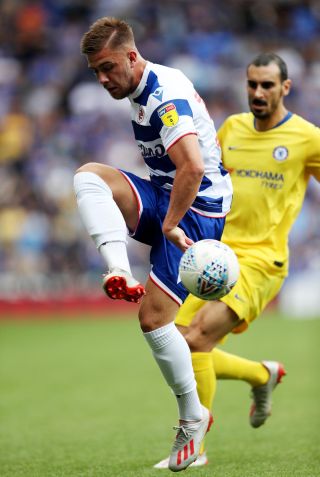 Barrett, 21, has signed a two-and-a-half-year deal with the Sky Bet League One club.

Rovers manager Ben Garner told the club’s official website: “He’s a player that has been in and around the first-team environment at Reading for a while and he’s naturally looking to kick-start the next step of his career.

“We feel Bristol Rovers is the perfect club to allow him to demonstrate his best attributes.”

Barrett progressed through Reading’s academy and made 15 first-team appearances in all competitions following his debut towards the end of the 2015/16 season.

He has had loan spells at Coventry and Aldershot and is a Republic of Ireland Under-23 international.

Meanwhile, Everton have recalled Joao Virginia from his loan spell with Reading.