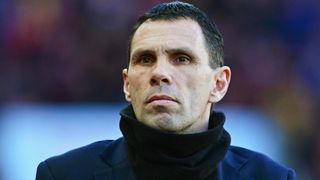 Bordeaux have moved swiftly to appoint Gus Poyet to their vacant managerial position.

Michel Preud'homme was considered favourite to win the post, but the Ligue 1 side have settled on 50-year-old Poyet just two days on from the departure of Jocelyn Gourvennec.

The move marks a return to European football for the former Sunderland, AEK Athens and Real Betis boss after he left Chinese outfit Shanghai Shenhua in September.

His arrival comes amid a period of potential squad upheaval. Experienced midfielder Jeremy Toulalan cancelled his contract on the day of Gourvennec's exit, while star forward Malcom is reportedly in the sights of Arsenal and Tottenham.

However, Poyet takes over with the team in improving form, having won 1-0 at Nantes shortly before his appointment was announced.

The Uruguayan will be assisted by former club favourite Fernando Menegazzo and ex-Tottenham team-mate Mauricio Taricco.

appoint Gus as their new coach. The Uruguayan will be assisted by former Bordeaux player Fernando: January 20, 2018