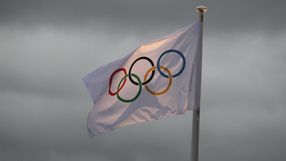 Britain, world champions Japan and defending champions the United States were named as the top three seeds in the women's competition.

David Luckes, the sporting director of LOCOG, the London Games organising committee said that around 1.5 million were still available.

"It is important to note that the draws take place tomorrow at Wembley Stadium and that is critical to our next push in getting those tickets into the hands of the football-loving public in the United Kingdom and other parts of the world," Luckes told a news briefing before Monday's final men's play-off between Oman and Senegal at the City of Coventry Stadium.

"As we don't know yet which teams are playing at which venues, people don't yet know what match they are going to go to, but the fact we have already sold a million tickets is a very good position and we are confident we can sell the remainder of those tickets."

The draw will not only feature the seeded teams but will also keep countries from the same confederations apart in both the men and women's competitions.

The men's tournament comprises 16 teams in four first round groups, with Britain, taking part in their first Olympic finals since 1960, in Group A.

Mexico, the top-ranked team among the qualifiers from Asia, Africa, Oceania and their own CONCACAF region, were seeded in Group B.

Brazil, who have the best overall playing record in the Olympics despite never winning the gold medal, will head up Group C with Spain in Group D.

The women's competition comprises 12 teams in three groups with Britain playing in the very first event of the entire games on July 25, two days before the opening ceremony.

They will discover their opponents for the opening Group E match at Cardiff's Millennium Stadium when the draw is made on Tuesday.