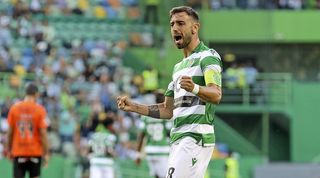 The La Liga giants will pay £64m to acquire the Portugal international before the European transfer window closes.

Tottenham and Manchester United were both heavily linked with Fernandes before the Premier League deadline last month.

Fernandes has claimed that Sporting vetoed a deal with Spurs because the north Londoners did not meet the Portuguese outfit's asking price.

But the 24-year-old now looks set to swap the Estadio Jose Alvalade for the Santiago Bernabeu as Madrid prepare to complete the transfer.

Zinedine Zidane's side drew 2-2 with Villarreal this weekend, with Gareth Bale scoring twice before being sent off.