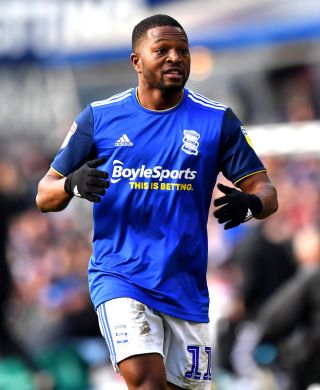 Birmingham head coach Pep Clotet has called on the game’s authorities to continue the fight to rid football of racism after alleging winger Jeremie Bela was abused during Wednesday night’s goalless draw at Millwall.

Bela was receiving treatment for an injury 16 minutes into the game when Clotet brought the incident to the attention of the fourth official who informed referee David Webb.

Following the goalless Sky Bet Championship draw, Clotet confirmed he had heard a comment from one fan sat behind the away dugout.

Clotet told BBC WM: “I heard a comment. Very clear. I followed the protocol, we are told by the LMA (League Managers’ Association) to follow, and I made communication with the fourth official. Then he applied the protocol and handed it to the authorities.

“At the end of the day it’s not the clubs, it’s not Millwall, it’s just one individual and we just need to make sure that we keep making people understand that that’s not acceptable in our game.”

Asked if Bela had been affected, Clotet said: “I had a brief talk with him. I always think these things get to you and we are here to support him. Unfortunately he felt it a little bit and he shouldn’t.”

Rowett referred to an incident at The Den in January when an assistant referee alleged hearing a homophobic comment from the crowd but an investigation found no evidence.

Rowett told Sky Sports: “That’s assuming that has been heard correctly and I’m not suggesting it hasn’t but we had a similar situation recently where an accusation was levelled at the club and it was unfounded and the fans were found to have not said it or there was no proof.

“I’m not suggesting that’s the situation here. I think up and down the country anywhere, not just at Millwall, we don’t want to hear any type of comment that’s been suggested.

“I haven’t heard what the comment is, I didn’t hear any comment so it’s very difficult for me to say anything further.”