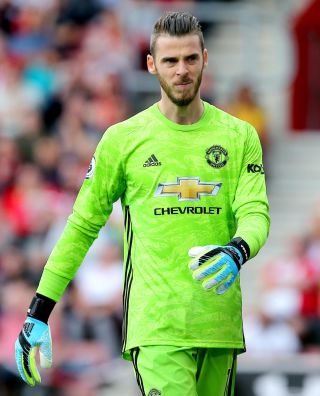 Months of speculation about the 28-year-old’s future finally came to an end on Monday as the goalkeeper put pen to paper on a huge new deal until 2023 with the option of a further year.

Reduced to a watching brief in the midweek Europa League opener against Astana, De Gea will make his first appearance since signing that new contract in the capital on Sunday.

United head to West Ham looking to build on back-to-back wins, but last September 3-1 defeat at the London Stadium is still fresh in their minds.

“I believe they have a decent side with some good players who are important to them,” De Gea said.

“They are on the up at the moment, but we still have bad memories from last season, so we have to be much more switched on right from the off than we were then.

“There are three very important points at stake for us to remain up there near the top, and also for the younger lads to keep gaining in confidence.

“We also want to show that’s what we’re here for, going away to difficult grounds and going there for the three points.”

Ole Gunnar Solskjaer’s side make the trip to the capital looking for a first away win in all competitions since the jaw-dropping Champions League last-16 victory at Paris St Germain in early March.

United’s six successive winless league matches on the road is one short of their Premier League record and De Gea believes the raucous support from the stands will be key.

“They are vitally important to us,” he told the club’s website.

“Our fans that follow us away from home are just incredible. Sometimes it’s just like we are playing at home in those away fixtures!

“It’s amazing… it helps us all tremendously down there on the pitch, we can always feel the warmth from our fans and that is hugely important to us.”