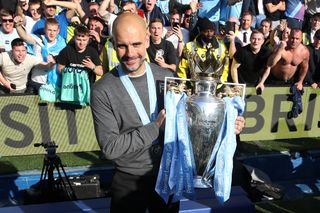 Avid armchair football fans are being advised to shop around if they want access to all 200 televised Premier League matches next season, with Amazon Prime, BT Sport and Sky Sports sharing the domestic rights.

The 2019-20 fixtures were revealed on Thursday morning, with the first game being newly-promoted Norwich’s visit to European champions Liverpool on Friday, August 9.

That game will be the first of 128 to be broadcast live by Sky Sports next season, with the campaign’s second game – West Ham versus champions Manchester City on Saturday, August 10 – being the first of 52 on BT Sport.

Amazon, the market’s new entrants, will show two rounds of midweek fixtures in December, the first at the start of the month includes the Merseyside derby at Anfield and Spurs’ visit to Manchester United, and the second, the traditional full programme on Boxing Day, features Wolves v City and Leicester v Liverpool.

BT and Sky called a truce in their battle for eyeballs in December 2017 when they agreed to carry each other’s sports channels on their platforms but subscribers still have to pay a significant supplement for the privilege and Amazon’s arrival would mean a new monthly payment.

Dani Warner, the TV expert from price comparison company uSwitch.com, believes many fans will be concerned about the potential cost of their football fix but she has some advice.

“All of (Amazon’s) games are conveniently confined to December, meaning that non-Prime subscribers could simply sign up for one month at a cost of £7.99,” she explained.

“With Sky Sports hosting the vast majority of games, accessing its football channels will be a priority, and loyal fans will likely see an advantage in signing up to Sky on a long-term deal.

“Adding BT Sport will be a costly add-on of £29.99 a month, on top of the current best Sky Sports subscription, which includes broadband, of £67.50. Over nine months, and including Amazon Prime in December, the whole season comes to £885.40.

“BT customers can do similarly, adding Sky Sports channels to their package, with prices starting at £30 a month on top of a cheapest BT subscription of £44.99 – bringing the potential total spend over the season to £682.90.”

Warner describes both of these as “pricey” but notes that BT Sport is also the home of Champions League and Europa League football, while a Sky Sports football package also includes English Football League games and the home nations’ Euro 2020 qualifiers.

A cheaper option, she suggests, might be NOW TV’s range of daily, weekly or monthly Sky Sports passes. A monthly pass at £33.99, plus a £10-a-month subscription to BT Sport’s app and a month of Amazon Prime, would reduce the season spend to £373.90.

“This may prove the best possible value for fans who want to see all of the action without breaking the bank,” she added.

In terms of the fixtures, City follow their August 10 lunchtime trip to the London Stadium with a home match against Tottenham. Games against Bournemouth, Brighton, Norwich and Watford follow.

Liverpool, pipped by a point to the title by City, follow the season-opener against Norwich with clashes against Southampton, Arsenal, Burnley, Newcastle and Chelsea.

Manchester United, who finished sixth last time around, have an eye-catching opener, at home to Chelsea on Sunday, August 11, while Arsenal start at Newcastle, also on the Sunday, with the other opening day fixtures taking place on the Saturday.

Last season’s top two meet at Anfield on November 9, subject to TV confirmation, with the return at the Etihad scheduled for April 4.

The run-in would appear to favour City, who do not face any teams who finished in last season’s top half in their final six matches, following that visit of Liverpool. In contrast, Jurgen Klopp’s side have a home game against Chelsea sandwiched between trips to Arsenal and Newcastle.

Details have also been revealed about the top-flight’s first mid-season break, with one round of matches to be split over two weekends. Five fixtures, yet to be confirmed, will take place on the weekend commencing February 8, with the remainder being played the following weekend.