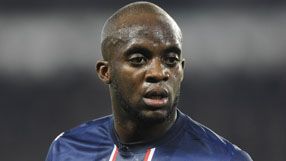 The Florence club, sixth in Serie A and seven points off Italy's third Champions League spot, said in a statement on transfer deadline day that the Mali international was joining initially on loan.

The 28-year-old has spent the last season and a half at French league leaders PSG after spells at Juventus, Liverpool, Valencia and Auxerre.