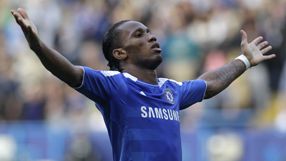 The deal is for 18 months starting in the second half of the current season, Galatasaray Sportif, the Istanbul's club merchandising unit, said.

"The opportunity to play for this great club was an offer that I could not turn down," Drogba was quoted as saying on Twitter.

"I am looking forward to playing in the Champions League again, against the best clubs in Europe," added the Ivory Coast captain, who won Europe's leading club competition with Chelsea last year when he scored the decisive penalty in a shootout.

The 34-year-old Drogba, on Africa Cup of Nations duty in South Africa with his country, moved to China after Chelsea's Champions League triumph last year.