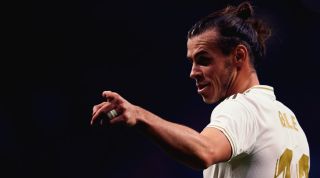 Gareth Bale's tumultuous time at Real Madrid looks to continue for another year - with no club prepared to separate the Galactico from his employees.

Bale became the most expensive footballer in history upon signing for Real Madrid seven years ago from Tottenham Hotspur. In that time, he's won four Champions League titles and two La Liga trophies - but remains a controversial figure in the Spanish capital for his supposed work ethic and questionable attitude towards the club.

The Welshman very nearly left for the Chinese Super League last year, but for an injury to Marco Asensio, which persuaded Zinedine Zidane to keep Bale for another season as cover.

Now, with Bale keener than ever to leave, Real have received no bids at all for their player, as he's reluctant to take a wage cut. Despite all of this, the player's agent has stated that he's not leaving - since he has two years left on his current deal.

Bale is on a supposed €15m a year at Real Madrid. While the offer he received last year from China was reported to be worth double that, the star is not likely to be offered anywhere near such a figure this summer.

Bale has been the target of a number of Premier League sides in the past - some of whom may be open to taking him again.

Manchester United were apparently interested in the star as a statement signing a few years ago, before moving to sign younger players with potential. It's unlikely that the Red Devils would still be desperate to bring Bale to Old Trafford but if he was available for the right price, he could be an experienced Jadon Sancho alternative to add depth - as unlikely as a deal would now be.

Tottenham have also been linked to bringing the Welshman back to North London, over the years. While he would likely thrive in Jose Mourinho's side, he isn't really the age that Spurs look for in a player and would likely be too much of an outlay in wages - even with a significant cut.

Real may find that a loan deal may suit Bale - should he be interested in getting playing time - similarly to the one that sent James Rodriguez to Bayern Munich. This could convince a side to pay for him next summer, though finding a suitor may be difficult.

Should Bale stay at Real Madrid until the end of his contract, he will leave the club aged 33.