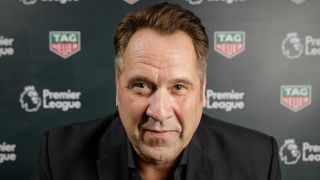 Joe Hart is undoubtedly England's number one and it would be too much of a risk to put anyone else in goal for the World Cup, according to former Three Lions international David Seaman.

Hart has played 75 times for England but was criticised for his performances at Euro 2016, including a high-profile error in the embarrassing last-16 defeat to Iceland.

The 30-year-old also found himself frozen out at Manchester City and has failed to convince in loan spells at Torino last season and West Ham this term that he can rediscover the type of form that made him one of the best goalkeepers in world football.

But ex-Arsenal keeper Seaman, who coincidentally also made 75 appearances for his country, pointed to the example of Steve McClaren opting to go with then rookie Scott Carson in the ill-fated Euro 2008 qualifying defeat to Croatia, which cost England a place at the tournament, as a warning over changing goalkeepers at the wrong time.

"Joe is by far England's number one, the others are getting closer there's no doubt about that," Seaman told Omnisport, speaking on behalf of Tag Heuer.

"It was great to see Jordan Pickford play a great game against Germany [in a friendly this month] but then it was nice to see Joe play against Brazil and make some match-winning saves.

"Joe's played at a higher level for a long time and people disrespect that or disregard him too easily for me.

"It's a big step playing in the Champions League, then playing international friendlies, then European [Championships] or World Cups.

"They're all little steps where the pressure gets hiked just a little bit more and it can be hard to deal with.

"You ask Scott Carson what it feels like to be thrust in with no experience whatsoever, it nearly destroyed him, so you have to be careful. But for me, Joe is the number one."

England coasted through their qualifying group to reach next year's World Cup finals in Russia, but are not among many people's favourites to win the global showpiece.

However, Seaman believes Gareth Southgate's men can cause a few upsets.

"They'll go far if we hit form in the tournament. We've done this before where we've coasted through qualifying and then in the tournament for some reason we can't play under pressure," he added.

"If all the players play well at the same time like in Euro 96 [when England reached the semi-finals as host nation], then we can go a bit further than what people think."