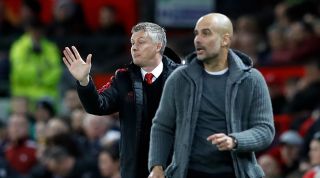 Manchester United and Manchester City are both interested in signing Ajax forward Hossein Zamani, according to the Daily Mail.

The highly-rated 16-year-old is considering leaving the Eredivisie outfit this summer.

Ajax are keen to retain his services but Zamani is thought to be seeking a new challenge.

Serie A giants Milan are keeping tabs on the situation, as are Leicester, Everton, Marseille and Atalanta.

However, the two Manchester clubs would probably be the most attractive propositions to the Dutchman, and could go head-to-head for his signature.

City and United are already locked in a battle to sign Harry Maguire, with the latter submitting a £70m offer on Tuesday.