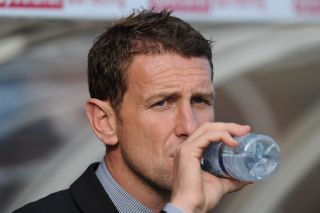 Northern Ireland boss Ian Baraclough has admitted Oxford midfielder Mark Sykes’ decision not to play for the country was “a massive disappointment”.

Baraclough, who replaced Michael O’Neill in the role in June, has named his first senior squad for next month’s Nations League games against Romania and Norway.

Sykes, 23, has represented Northern Ireland at various age groups and played under Baraclough for their under-21s, but has not appeared for the senior side and has switched his allegiance to the Republic of Ireland instead.

“It’s one of massive disappointment for me and everyone within the Association,” said Baraclough, when asked for his reaction.

“Mark’s a player we’ve worked long and hard with, not just me but coaches and managers before that, and he’s one we expected to carry on in his pathway.

“It’s disappointing to find out over the weekend that he wants to be considered for the Republic.”

Baraclough has named a 26-man squad for his first game in charge in Bucharest on September 4 and against Norway at Windsor Park on September 7.

“The player (Sykes) rang me,” Baraclough said. “Respect to him for picking up the phone, but it was disappointing to hear from him.

“Subsequently there were many phone calls over the weekend to try and encourage him to think more about his decision, but we think his mind is made up, so we have to move on.

“I think I said a few weeks ago, I want players who want to play for Northern Ireland and are fully committed, 100 per cent, and that’s what we’re going to focus on.”

“We’ve done work on Bosnia, there’s no doubt about that and we’ll be watching with a keen eye their games in the Nations League,” Baraclough said.

“But we have tried to focus fully on Romania and Norway. It’s important we get off to a good start in the Nations League. We want to hit the ground running.

“I certainly want to hit the ground running in terms of my tenure. We can’t look too far beyond Romania and Norway but there are a lot of decisions to be made before we play Bosnia as well.”