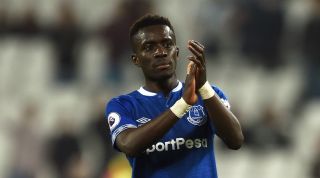 Ole Gunnar Solskjaer is keen to bolster his midfield options after PSG-bound Ander Herrera's exit was confirmed by the club on Saturday.

And the Norwegian has identified Gueye, who is also wanted by PSG, as the ideal replacement.

The Senegal international has enjoyed another fine season at Goodison Park and Everton are resigned to losing him this summer.

Gueye still has three years remaining on his contract, though, so the Toffees will hold out for a fee of £40m.

United believe the ex-Aston Villa man's tough-tackling style will help to bring out the best in Paul Pogba next term.

However, the Red Devils cannot offer Champions League football and that could aid PSG's pursuit of the 29-year-old.

Solskjaer's side conclude their Premier League campaign against Cardiff on Sunday.