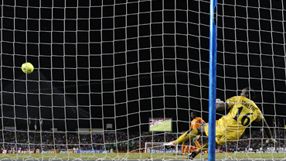 The Arsenal striker was distraught after his failure from the penalty spot in last year's final in Libreville allowed Zambia to beat the Elephants 8-7 in a shootout after the match had ended in a 0-0 draw.

Gervinho had scored the winning goal in the semi-final against Mali but the Ivorians then blew their chance of becoming African champions for the first time since 1992.

They also lost on penalties in the 2006 final in Egypt but this time Gervinho believes things will be different, although avoiding the stress of penalty shootouts will be a priority.

"I am very excited and I am even more motivated than last year where we lost in the final and got denied that trophy that we have been waiting for so long," he told Arsenal's website.

"We have the chance to redeem ourselves. We are determined to win it this year and free us from that spell which has been on us for a long time.

"It [the penalty miss last year] was very tough. I tried not to think about it. It should have been a great moment and it turned into a nightmare. It was frustrating. My aim is to redeem myself this time and I know I will do it.

"I missed my penalty last year but this time I will score the winner to offer the trophy to Ivory Coast. I have faith in myself and my team-mates. This year will be the one for us.

"We learnt a lot from the defeat last season. We know we need to avoid the penalty kicks as we don't have good takers, especially me," he added.

Ivory Coast, who also have Didier Drogba and Yaha Toure in their squad, are again one of the fancied teams for the title although they must survive a tough-looking group which includes Togo, Tunisia and Algeria.

With the tournament taking place a year after it was held in Gabon and Equatorial Guinea many club managers around the European leagues are rueing the loss of key players again at a crucial stage of the domestic season.

However, Gervinho said the tournament was a matter of great national pride for Africans.

"We will aim to win every game until the end," he said.

"We are not getting carried away and thinking of the final yet but we want to stay focused for each game, and not panic.

"This is our European Championship. It's the competition of the Africans. It's the only competition that the African fans are really passionate about even if they love the domestic European leagues, the Champions League or the World Cup.

"This is their competition and they all want to win it. Each country and each president wants this trophy. It's very special for us."