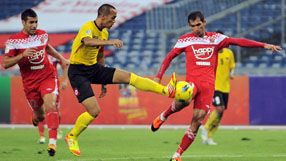 Kelantan, who have already won the Super League and FA Cup titles, face Armed Forces in the final at the Shah Alam Stadium.

"What I expect from the players is commitment, good sportsmanship and discipline in the final."