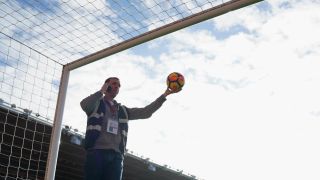 The Ligue de Football Professionnel (LFP) has dropped the use of goal-line technology in Ligue 1, the Coupe de France and the Coupe de la Ligue until further notice.

During this week's Coupe de la Ligue quarter-finals, errors were made by the GoalControl system on two separate occasions.

As a result of the failures of the system, the LFP announced on Thursday that the technology would be removed as a precautionary measure.

"This decision comes after a first formal notice sent on December 21 to the company GoalControl and following many malfunctions," an LFP statement read.

GoalControl technology alerts the referee when the ball has crossed the line via a watch that vibrates on the official's wrist.

But the system failed to signal a goal in Paris Saint-Germain's win at Amiens, as well as on another occasion during the quarter-final tie between Angers and Montpellier.

The Premier League, Bundesliga, Eredivisie and Italian Serie A all use a separate company, Hawk-Eye, for their goal-line technology, while GoalControl's system was used during the 2014 World Cup.