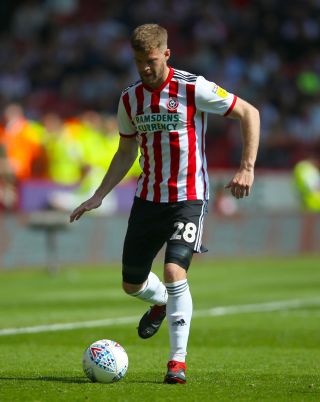 Struggling Luton picked up a stunning 2-1 win over promotion-chasing Brentford as they gained revenge for their 7-0 thumping at the hands of the Bees earlier in the campaign.

Back in November, the Hatters had been humbled by their west London opponents, but the tables were turned this time, as Graeme Jones’ side moved off the bottom of the Sky Bet Championship table and are now just four points from safety.

The hosts were in front after nine minutes when a free-kick by Luke Berry was turned into his own net by Shandon Baptiste.

Brentford went close to a leveller, Ollie Watkins denied by keeper Simon Sluga, who then made a terrific save to palm Said Benrahma’s blast over the bar.

Harry Cornick might have made it 2-0 after 18 minutes, scooping Martin Cranie’s cross off target.

Bees skipper Henrik Dalsgaard sent an ambitious 25-yard shot into the stands, as did home captain James Collins after Luton pinched possession back.

Sluga was required to make another decent stop from Josh Dasilva’s dipping 18-yard attempt, before Christian Norgaard dragged yet another attempt wide of the target from the edge of the box.

Dan Potts could not quite meet another deep Berry free-kick, but Town had a crucial second on the stroke of half-time when experienced defender Cranie volleyed into the top corner for his second goal of the season after Berry’s set-piece was not cleared.

In the second half Bryan Mbeumo’s header was easy for Sluga who then parried Benrahama’s daisy-cutter away from danger, before Luton had a glorious chance to add a third, Cornick racing through a static away defence only to be denied by the legs of visiting stopper David Raya.

Ryan Tunnicliffe could not find the bottom corner from 20 yards, while Sluga had to acrobatically palm a cross away from danger as the visitors pressed and pressed, dominating both possession and territory.

It finally paid off as the Bees did have one back after 83 minutes, when top scorer Watkins coolly converted Mads Roerslev’s right wing delivery from close range, his 22nd of the campaign.

Brentford almost had a late leveller as well, Benrahma seeing his bending attempt just miss the target as Luton held on for a fourth win in seven matches, giving them a real chance of avoiding relegation back to League One.