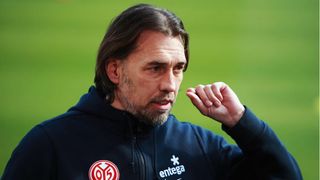 Mainz have parted company with head coach Martin Schmidt by mutual consent, the club have confirmed.

Schmidt stepped up from working with Mainz's under-23 side to take the top job in February 2015 following the dismissal of Kasper Hjulmand.

Mainz achieved an impressive sixth-place finish in the Bundesliga in Schmidt's first full campaign in charge, but finished a lowly 15th – just one spot above the relegation play-off places – this time around.

Both parties have thus decided for a change of direction.

Sporting director Rouven Schroder told the club's official website: "This mutual and amicable termination of our co-operation comes after a very frank and honest conversation with Martin Schmidt on Sunday.

"We have taken this decision as a result of our analysis of the current season.

"We now require a new impulse and perspective. Our unanimous decision was taken on the basis of a clear and professional view of the whole club."