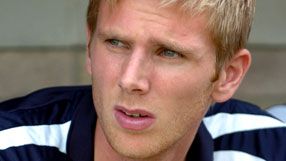 Davenport, a former England under-21 international, was left with a 15-inch scar on his leg after the attack in August. He returned to light training recently.

The 25-year-old from Derby also pleaded guilty to unlawfully wounding Davenport's mother, Kim Stupple, during the incident in Bedford, 50 miles north of London.

Whitehurst will be sentenced at a later date.