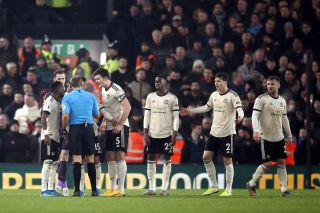 Manchester United have been charged by the Football Association for failing to conduct themselves in an orderly fashion during their Premier League defeat against Liverpool on Sunday.

(2/2) It is alleged that the club failed to ensure its players conducted themselves in an orderly fashion during the 26th minute of the Premier League fixture against Liverpool FC on Sunday (19/1/20).— FA Spokesperson (@FAspokesperson) January 21, 2020

Roberto Firmino subsequently scored, but his goal was chalked off following a VAR review of Van Dijk’s clash with the United goalkeeper.

United have until Thursday to respond to the charge.