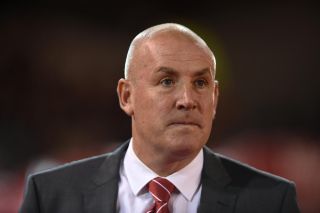 The 56-year-old succeeds Steve McClaren, who was sacked last month following a run of just one win in 15 Sky Bet Championship games.

Warburton, who has agreed a two-year contract at Loftus Road, told the club’s website: “I am delighted and privileged to be managing this club.

“When I spoke to QPR they were very clear. They have a solid plan and know what they want. They have a long-term outlook and that appealed to me immediately.

“I am excited about the challenge that lies ahead.”

Warburton has been out of work since he was dismissed by Nottingham Forest in December 2017, but QPR will be hoping he can replicate the job he did a few miles down the road at Brentford.

Warburton moulded a group of young players – including James Tarkowski and Andre Gray – into a side that reached the Championship play-offs in 2015.

But he left at the end of that season having disagreed with the club’s decision to implement a new statistical modelling approach to transfers and recruitment.

At Rangers, Warburton won promotion to the SPL as well as the Scottish Challenge Cup in his first season, but he left in December 2016 and then had nine difficult months in charge of Forest.

Now back in west London, Warburton added: “I love seeing players who enjoy their football. I like players being brave in possession, understanding the first thought is to play forward and be positive.

“You have to be fit as well. Work ethic, desire, hunger, passion – all those cliches are so important for us.

“Get that right and fingers crossed we will move in the right direction.”