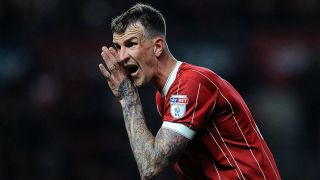 The 28-year-old was linked with a move to Brighton and Hove Albion in the January transfer window, but will now remain in English football's second tier.

A centre-back with an eye for goal, Flint joined City in 2013 and only signed a contract extension with the club in March.

He becomes Middlesbrough's second new addition in the transfer window, following on from the arrival of Paddy McNair from Sunderland, after penning a four-year deal to become part of manager Tony Pulis' squad.

"On a personal level, it's fantastic to have seen Aden mature and grow to become one of the best centre-halves in the division," Bristol City boss Lee Johnson told the club's website.

"I am naturally disappointed to see him leave but it's important we move forward.

"I'm sure he will always receive a warm welcome at Ashton Gate and I look forward to seeing him when we face Middlesbrough next season."