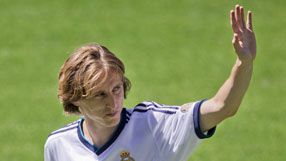 Modric has made six appearances for the Spanish champions so far this season after his summer arrival from White Hart Lane.

Bale, meanwhile, has previously been linked with a move to Europe and Modric believes Madrid would be the perfect destination.