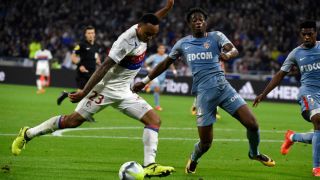 Terence Kongolo has joined Huddersfield Town on loan from Monaco until the end of the season.

The Netherlands international defender joined the Ligue 1 champions from Feyenoord at the start of the current campaign but has struggled to make an impact, with a month-long absence due to a knee injury partly to blame.

Kongolo made just three league appearances for Leonardo Jardim's men despite costing a reported €15million, with his versatility failing to increase his chances.

Predominantly a centre-back, Kongolo, 23, has also been known to feature on the left side of defence and has played for his country three times, winning his last cap in November 2015.

DONE DEAL: has complete the signing of Netherlands international defender on loan from (AT) January 2, 2018

Huddersfield coach David Wagner considers himself a long-term admirer of the Feyenoord academy product and believes he will fit in to how the Terriers play.

"Terence is a top player who we’ve followed from his time at Feyenoord," Wagner told the club's official website.

"His big summer move to Monaco put him out of our reach at the time, but we’re delighted we can bring him in on loan now.

"He is a high-quality young centre-back and will provide us with a great option for the rest of the Premier League season. With Michael Hefele and Jon Gorenc Stankovic returning from long-term injuries, it was important to have this.

"Terence has qualities that will really suit our style of play. He's athletic and mobile and he plays on the front foot in the way he defends and uses the ball. I'm excited to work with him during the course of the season."

Kongolo is not the only departure from Monaco to be announced on Tuesday, with the Ligue 1 side also confirming that midfielder Soualiho Meite - who joined from Lille in July - has gone on loan to Bordeaux for the remainder of the season.